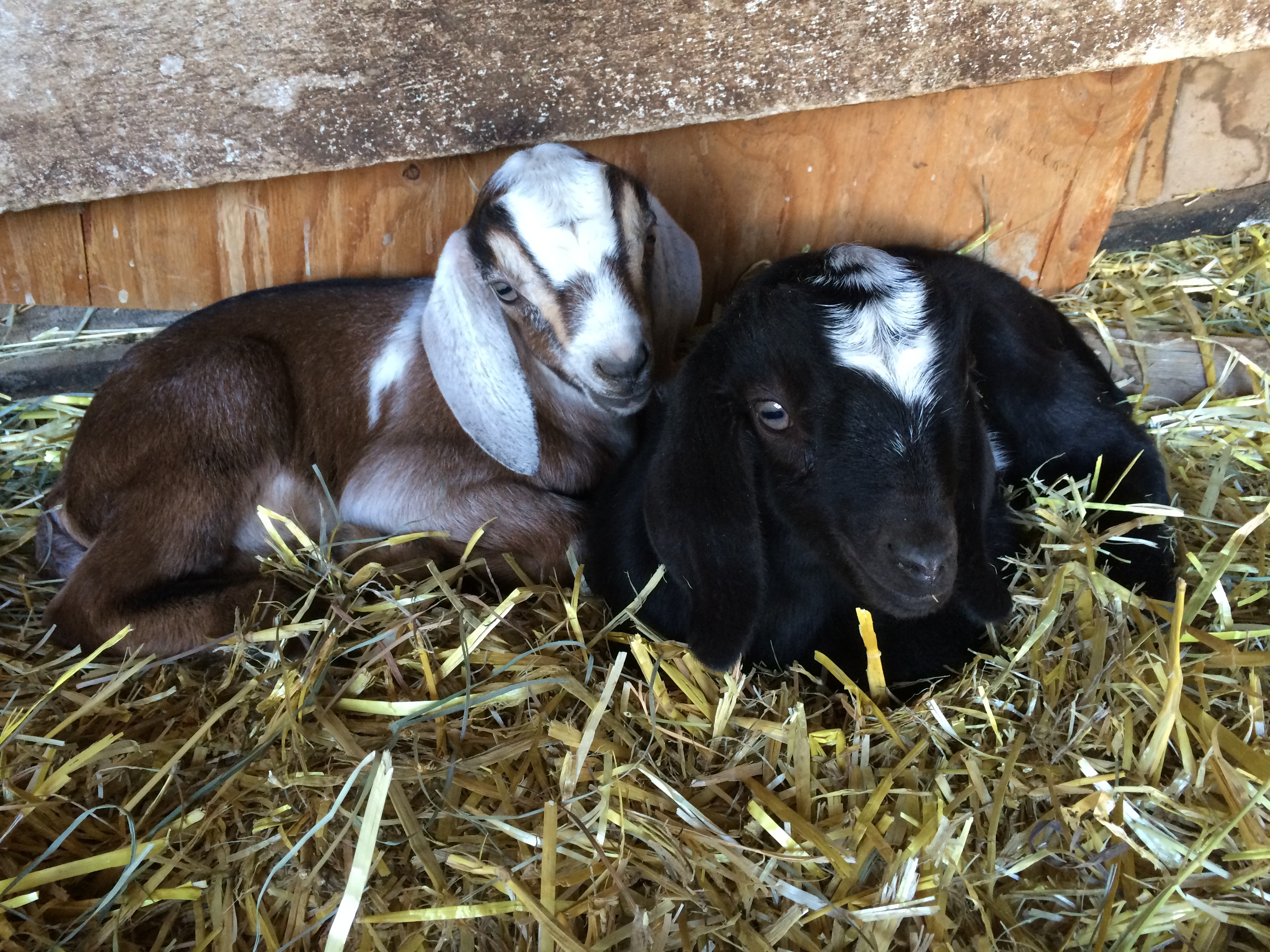 I had never had goats. I knew nothing about goats. In 2013 my husband and I bought a farm. One of the reasons we bought a farm, one of the requirements for the property we chose, was so I could raise dairy goats.  (I am EXTREMELY lactose sensitive.  Even one tiny M&M can cause me discomfort.  But I tolerate a limited amount of goat cheese,  we cook with goat milk and I hope to learn to make soap & lotions with goat milk.  For our son’s birthday we made goat milk ice cream. Chocolate-Cinnamon-Coffee goat cheese ice cream!  The recipe will be another post, so check back.)  We now have five goats: Rosie, Nutmeg, Y, Daisy and JaiLai. 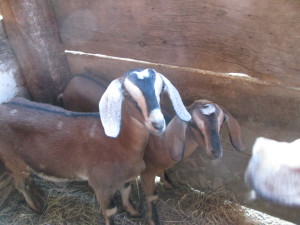 Nutmeg & Y  were about four months old when we brought them home.  They and a doe named Blessing.  We knew very little about goats and Blessing picked up on this quickly.  Unfortunately it was very stressful for her and she died less than a week later. (I learned later this is called shipping fever, and is preventable.)  Nutmeg & Y are twins and continue to be inseparable.  During breeding season last year we moved Y & JaiLai to another pasture (JaiLai was too young to breed and we didn’t want her to be alone). Y would occasionaly bawl. As in make a very sad, woeful moaning nise.  At the neighborhood Christmas party a neighbor asked me what kind of animal was making “that loud noise”.  They both love attention and will stand very still like show dogs as long as you are petting them.  If you stop they tug on your clothing. 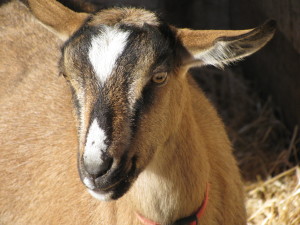 Rosie was a gift from my neighbor & goat mentor.  My neighbor has had goats for forty years and felt sad we had such a rough start. Rosie is a “homestead” goat (homestead = mutt in caprine terms!).  She had given birth to twins and wasn’t real pleased when I took her to our yard, away from her twins. Rosie & I learned about milking together.  It was definitely entertaining, but we established our routine.  She is the easiest of my goats to get to go where I want them to.  We bred her fall of 2013 and she had twins, JaiLai & Kabob.  I came home one day and all the goats were very upset.  As I approached the goat yard I quickly noticed Kabob was missing, he had drown in the spring.

Daisy with her twin bucklings

Daisy joined us several months after Rosie. She was one of Rosie’s twins and they reconnected immediately.  She has always been the wary one.  It took months before she’d let us approach her. Last fall she was the only doe of three to breed, even though we had the buck here for a month.  She had two adorable twin bucklings, Brown & Black in April.  I had been coaxing her to the milk stand from the start to get her used to the idea.  When the bucklings were almost 6 weeks old she developed a nasty case of mastitis.  I called my vet and she helped us treat her with homeopathy.  Unfortunately for the boys we had to separate them from Daisy and supplement their grazing with bottles.  I had instant buddies every time I entered the pole barn!  Brown & Black went to a new home, together, at 8 weeks old to eat weeds!  She is a champion milk goat, I get 3+ quarts daily!  The picture at the begining of this post is of Brown & Black and was on the community page of the local newspaper. 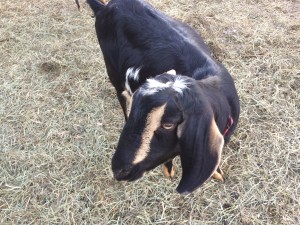 JaiLai was named for her markings ~ a white ball patch on one side and a white “scoop” patch on the other. The markings reminded John of the game jai alai played in the Caribean.  She has the distiction of being the first goat born on our farm. She is fairly low key and easy to approach, just don’t plan to “lead” her anywhere.  When moving her to a pasture so she wouldn’t get bred last fall I had to literally roll her ~ she’d fall to the ground as I tried to lead her so I’d roll her once or twice until she stood up. Repeat. All the way across the yard. She is very gentle and enjoys attention like the other goats. Her favorite spot to sleep is up on a triangular shelf in the pole barn.

As I mentioned above our primary reason for raising goats is for the fresh milk. This year we have a lot of milk, so I have been making cheese every week (5 quarts of milk make 2 pints of chèvre, taking up less space in the freezer), kefir & yogurt.  I learned through trial & error that goat milk is easier to digest and often an option for individuals who are lactose intolerant. Here is an article comparing fresh goat milk to cow milk.  Kefir has great benefits for your health too! I was recently given some kefir grains.  They look kind of like translucent cottage cheese.  I’ve shared them with another friend.  Everyone should try kefir.  If the flavor is too tart try mixing it in your smoothie, or enjoy with some granola for a snack in place of ice cream.  Here is more information on the health benefits of kefir.   If you live nearby and would like to try some fresh goat milk or kefir just ask!  I will be milking four does (female goats) this spring, so if you would like to try your hand at milking let me know 🙂

I now understand the meaning of the word capricious. It means “given to sudden and unaccountable changes of mood or behavior: a capricious and often brutal administration | a capricious climate.”  They each have a unique personality & voice. Goats are inquisitive, always wanting to know what you are doing.  They have taught me a lot about life.They are great at reducing stress. Just being among them is calming. Lessons like laughter is often the best response, responding in anger or frustration does not fix anything and is not soon forgotten.   The reason for something entertaining in the yard is often simply “because goats”. 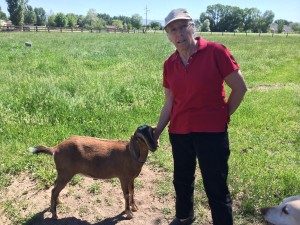 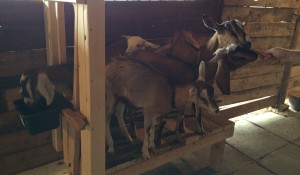 How many goats do you count on the milk stand? 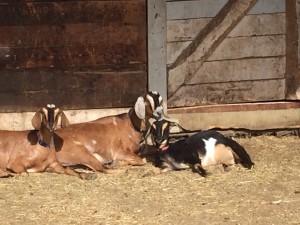